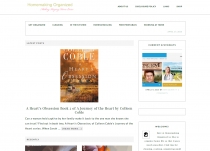 Great Tool for Clearing Your Windshields This Winter!

So several days ago I posted about the The Scrape-A-Round Windshield Ice Scraper.   I had never heard of this item but was asked to do a review by US Family Guide.  Knowing how every year my husband struggles to remove ice from his work truck in the wee hours of the morning come winter I watched the video on the product and decided it would be a great tool for him.

When we got the The Scrape-A-Round Windshield Ice Scraper in the mail there was no tell of freezing temperatures in the wind for us. We are in the Pacific Northwest and sometimes we get snow and most times we don't. But we seem to always get freezing rain and ice which can be deadly on the the hilly terrain.

Several days after The Scrape-A-Round Windshield Ice Scraper arrived we did manage to get some snow! Which was then lovingly covered over with freezing rain that made ice on top of the snow.

The evening it snowed my husband took The Scrape-A-Round Windshield Ice Scraper out to scrape both his truck and our car.

My husband's comments are what matter most in this review because he is the one who will be using this.
My husband was pretty pleasatnly sruprised at how well they worked. He made quick work of all the windows and windshields on both vehicles and said he was having such fun he almost started clearing the neighbors' cars.  I'm sure they wouldn't have minded but he did have to get to work.

He usually uses a standard scraper that he says takes a lot more force to remove the ice and doesn't do nearly as good a job as The Scrape-A-Round Windshield Ice Scraper (his words not mine).

But all is not roses.  He did not like that as he was scraping the ice accumulated and dumped on him and also got caught up in The Scrap-A-Round. Could be user error. He also wished it had a long arm or something to all him to get high up in the middle on his work vehicle.

Initially when we read in the instructions to use one of the The Scrape-A-Round Windshield Ice Scrapers as a funnel to add antifreeze to your car we thought... Well couldn't a regular old funnel do the same job as these tools? So I pulled a couple of them out of my kitchen cabinets to take a look. Well I have two different kitchen funnels that are made by two difference companies. The lip on them is more rounded and the funnels are stiffer than The Scrape-A-Round Windshield Ice Scraper which is flexible. So we kinda saw how they wouldn't work to remove snow and ice from the windshields.


The verdict is my husband loves his Scrape-A-Rounds so much he purchased a set for his brother-in-law. He kinda finds it neat to de-ice his windshields in the early am while everyone sleeps.  He's not easy to please and can really pick a product apart so I was surprised he is so pleased with his Scrape-A-Rounds.

My readers get Free Shipping when you click the link above.

Here's some reminders about the details of The Scrape-A-Round...


The Scrape-a-round includes...
18" of ice scraping surface.
The comfortable grasp provides relief for the arthritic or carpal syndrome sufferer.
Direct pressure to the window, no pressure lost through the ice scraper!
The circular rotational motion of ice scraper.
Double ice scraper action, leading edge and trailing edge.
Multi functional, remove the cap and it doubles as a funnel.
This scrapes windows frost and ice free in half the time!
Makes the perfect gift!

I received this product free through the US Family Guide Bloggers program but I was not required to write a positive review.

Leave a Comment
submit a review Join our blog team

Proud Member of The US Family Guide Network